The average sum paid by enterprises to ransomware attackers surged by 33% quarter-on-quarter in the first three months of the year, as victim organizations struggled to mitigate remote working threats, according to Coveware.

The security vendor analyzed ransomware cases handled by its own incident response team during the period to compile its latest findings.

It revealed the average enterprise ransomware payment rose to over $111,000 in the quarter, although the median remained at around $44,000, reflecting the fact that most demands from online attackers are more modest.

Sodinokibi (27%), Ryuk (20%) and Phobos (8%) remained the top three most common variants in Q1 2020, although prevalence of Mamba ransomware, which features a boot-locker program and full disk encryption via commercial software, increased significantly.

Poorly secured RDP endpoints continued to be the number one vector for attacks, more popular than phishing emails or exploitation of software vulnerabilities.

“RDP credentials to an enterprise IP address can be purchased for as little as $20 on dark marketplaces. Combined with cheap ransomware kits, the costs to carry out attacks on machines with open RDP were too economically lucrative for criminals to resist,” said Coveware.

“Until the economics of carrying out ransomware balance (by either bringing the monetization success rates down or by making attacks prohibitively expensive) ransomware and cyber extortion will continue to gain prevalence.”

Interestingly, only 8.7% of cases investigated by the vendor involved data exfiltration, although it became much more popular during the quarter. Maze, Sodinokibi, DopplePaymer, Mespinoza, Netwalker, CLoP, and Nephilim were all highlighted as likely to steal data.

Coveware also pointed out that, although the trend of “big game hunting” has been widely publicized, ransomware is more likely to affect smaller firms. The average number of employees in ransomware victims was 625 in Q1, with the median a much smaller 62.

Most organizations understand the need for cyber security, and the risk it poses if it goes wrong. But as the frequency and cost of security incidents continue to rise, too many organisations have not updated their security processes, technologies, and employee training needs. Find out more in the annual survey.

Anatomy Of A Complex Fraud Scheme

The complexity of fraud evolves as people embrace the conveniences of an interconnected world. From the office, to the cloud, and even on private mobile devices, anyone is a target. Cyber crime turns to sophistication for success. International teams of Hackers and Cashers manipulate systems to steal credit information, drain balances, and hide the evidence before anyone notices.

Customers worry about their data and are sharing less, but companies could be doing more to enhance protection. 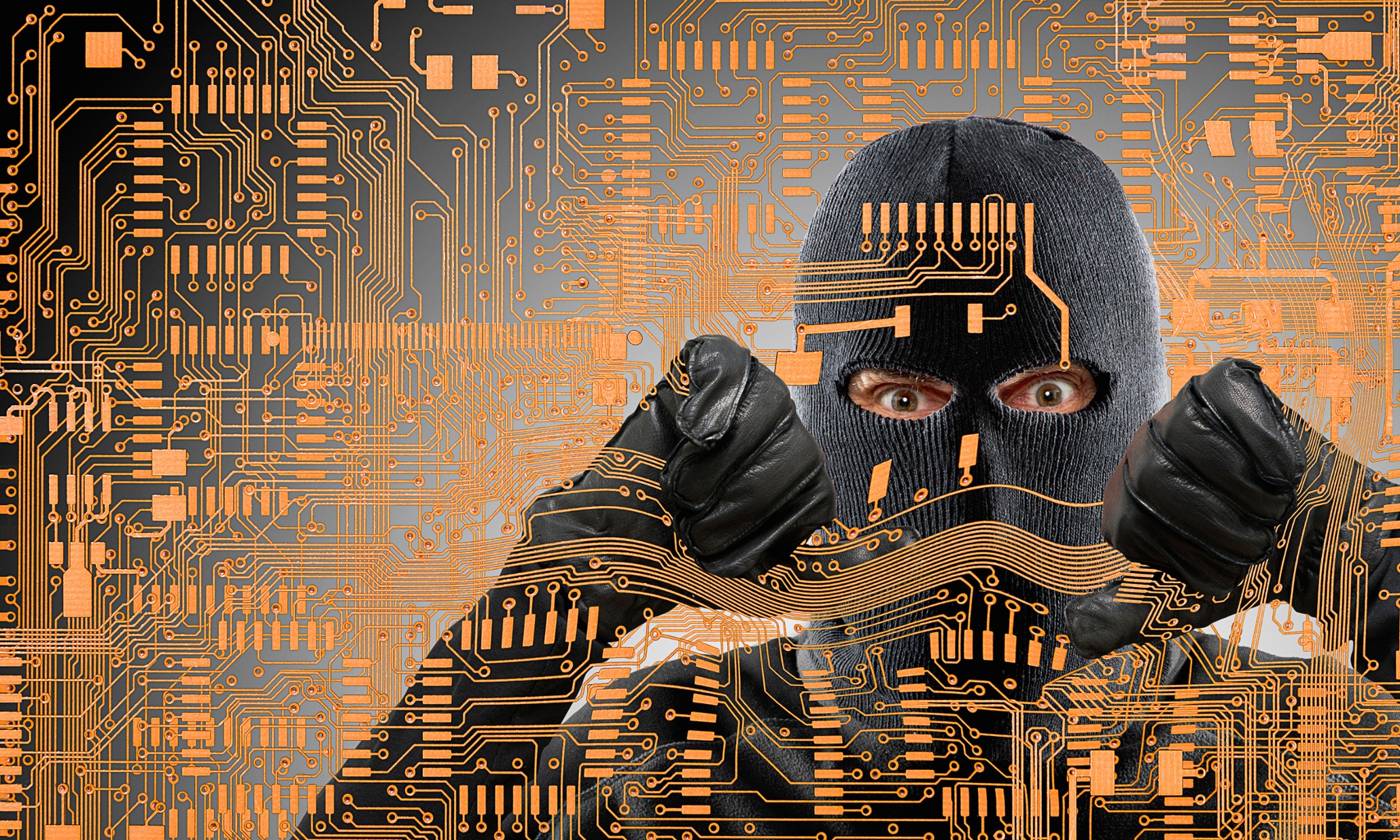 Our survey finds a disconnect between consumer and media outlook on our data, and in a sizable minority of businesses, a lack of protection of that data. Photograph: Alamy

Back in October, some of you may remember that we surveyed the Media Network readers and members. It was a broad litmus test on a variety of issues facing the industry – ranging from data usage, to remote working, privacy, and pressures on creativity – to see what’s top of the industry’s collective mind. The most resounding set of interconnecting responses were related to data and its use.

Next we asked respondents whether their customers are worried about their data privacy. With more than two-thirds saying yes, it’s clear that customers are concerned, and consequently it’s no surprise that they are sharing less.

Is it because companies aren’t communicating how they’re safeguarding data, or because customers simply don’t trust any assurances in the light of high-profile security breaches, such as the Sony hack surrounding the release of The Interview?

Incidents like this remain stained in the public consciousness and are only likely to increase in frequency. A new Snowden document has revealed a secret US cybersecurity report, which argued that there is a clear imbalance between the development of offensive versus defensive capabilities, “due to the slower than expected adoption … of encryption and other technologies”.

David Cameron’s recent attack on secure communications will further dent the chances of a customer handing over their private data, for fear of it being shared against their will – even if they otherwise trust and value the brand in question.

All of these developments should give companies cause for concern, given the number of critical business areas that now turn to incoming customer data for support.

The majority of businesses surveyed are now relying upon customer data to inform content creation, to generate leads, and to improve customer service. If data dries up, then everybody ends up a loser.

Given high-profile hacks and warnings on encryption, it’s of great concern that only two-thirds of respondents are confident that their companies are anonymising customer data – with the remainder either retaining user-identifying personal information, or not being sure what they do.

Consequently, there seems to be a disconnect between consumer and media outlook on our data, and in a sizable minority of business, a lack of protection of that data. Many global information security issues are out of the hands of individual businesses, but as a starting point, we must do everything we can to anonymise and user data – not only to protect consumers’ information, but to improve perception of that protection – and ultimately, trust.

Our survey also revealed some contradictions between perception and practice in companies’ work. We found that more than 65% of those surveyed claim to use the data they collect both to inform content creation and improve customer service. Despite this, less than 50% are incorporating data analysts in their creative processes, suggesting that the data that is being collected with the purpose of improving content may have little bearing on the eventual creative outcome. Yet, only 20% of respondents believe that an over-reliance on data can harm creativity. Which begs the question, why are companies not better incorporating the data they are collating in their creative decisions?

Despite this, 44% of respondents place oversight of data management with marketing teams, rather than with sales or IT, who amass 25% between them. These figures suggest that the importance of data when planning campaigns is understood. However, with more than 40% of respondents admitting to publishing content without any clear advance strategy, it’s clear that for many companies, appropriate planning for the usage of what is collected requires considerably more thought.

Following the success of its Security Checkup tool for desktops, Facebook is now making this feature available to its Android users.

Source: Humans: Still the weakest link in the enterprise information security posture | Data on the Edge 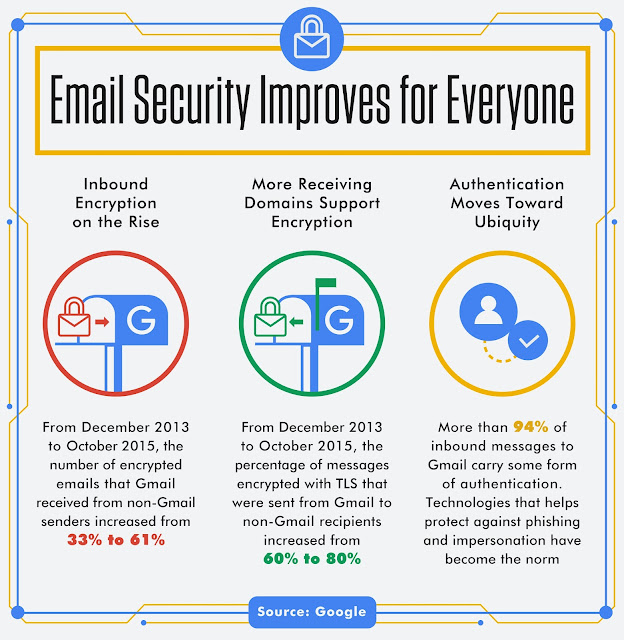 Email Security improves for everyone